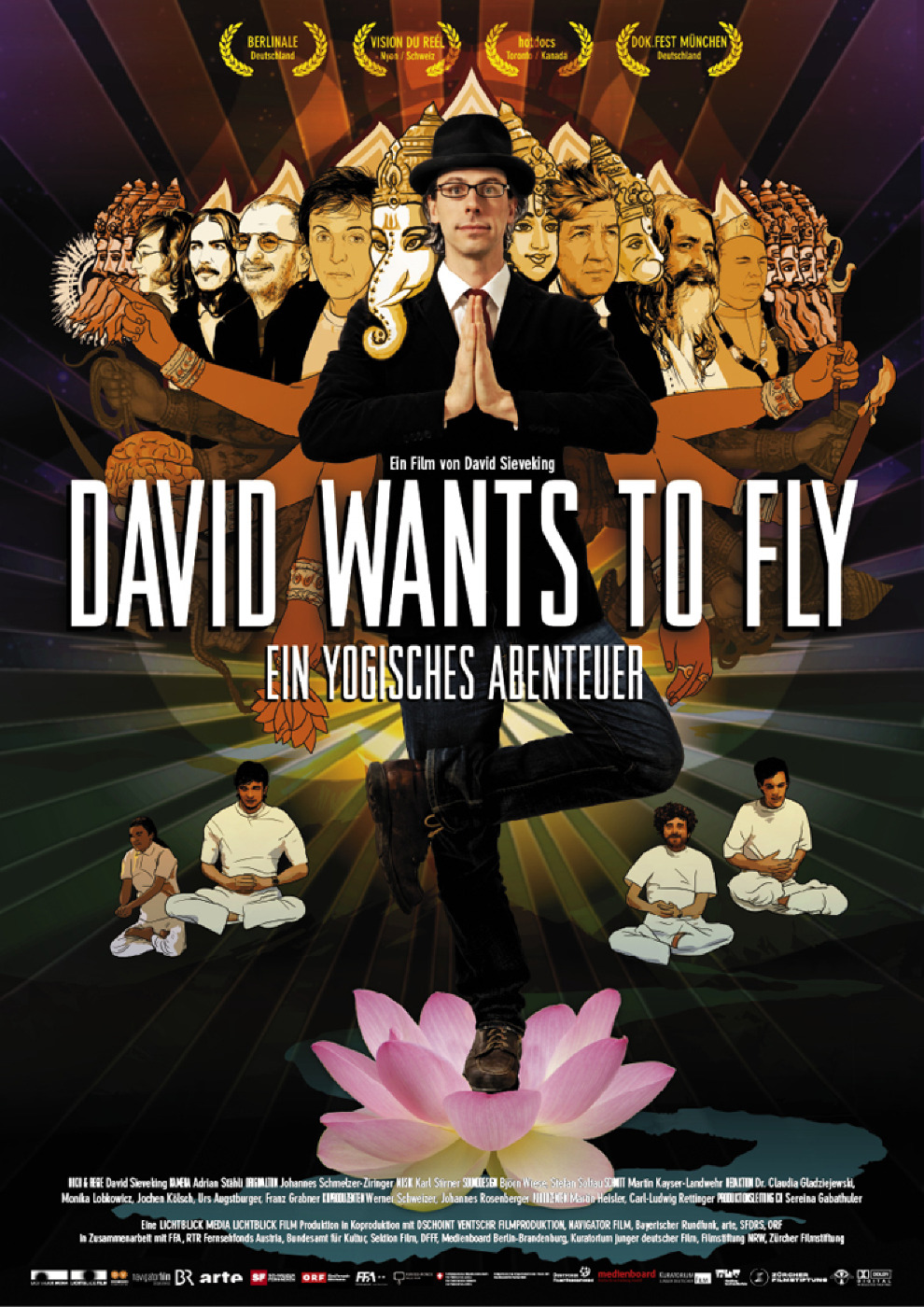 A sprightly docu about finding your own artistic inspiration. (A further read by > Variety)

A sprightly docu about finding your own artistic inspiration, “David Wants to Fly” follows German writer-helmer David Sieveking on his road to enlightenment, a journey that involves David Lynch, various headquarters of the Transcendental Maeditation (TM) movement and the icy source of the Ganges. Both tongue-in-cheek and seriously questioning (particularly as pertains to TM’s financial empire), this entertaining, globe-trotting pic already has bigscreen release dates in co-production countries.

Look at the IMDb

David Sieveking walks on David Lynchs path into the world of transcendental meditation (TM). He comes across the founder of this worldwide movement, Maharishi Mahesh Yogi, to whom the Beatles already pilgrimed.

Watch the film on Amazon’s Prime